the BIDEN PRESS CONFERENCE is today!

WHAT WOULD YOU ASK HIM?

Republican:  “If CRT isn’t being taught in schools, why is it so many are outraged that it’s being taken out of schools?”

What are some things  you could reveal as utter  absurdities of the Left?!!!

AFGHANISTAN:   Who’s LEFT behind?
And why is it up to patriotic civilians to fix it?

And thank God many are trying to help….

Should we just forget about it?   Most of us are against intervention but we have Americans there.

Interesting is that Baysider and I are studying the Book of Daniel right now;

“Nebuchadnezzar declared, “Blessed be the God of Shadrach, Meshach, and Abednego, who has sent His angel and delivered His servants who trusted in Him. They violated the king’s command and risked their lives rather than serve or worship any god except their own God.”  Daniel 3:28

Please pray against the information below …..PLEASE PRAY NOBODY COMES!     AMEN.

MOLINE, Illinois (KWQC/Gray News) – An Illinois school district released a statement defending a controversial after school club after flyers sponsored by the Satanic Temple surfaced at an elementary school within the district.

The “After School Satan Club” is set to have its first meeting Thursday, according to TV6.

The flyer found within the Moline-Coal Valley School District is advertised for 1st-5th graders regardless of religious background and asks for permission from parents or guardians for students to attend.

The district’s full statement can be read here:

The Moline-Coal Valley School District understands that there is concern and confusion over an upcoming after-school club at Jane Addams elementary.

The District would like to provide information on the situation. The Moline-Coal Valley School District and Board of Education have policies and administrative procedures in place which allow for community use of its publicly funded facilities outside the school day.

The district has, in the past, approved these types of groups, one example being the Good News Club, which is an after-school child evangelism fellowship group. Flyers and promotional materials for these types of groups are approved for lobby posting or display only, and not for mass distribution.

Students or parents are then able to pick up the flyer from the lobby, if they so choose, which is aligned to District policy. Please note that the district must provide equal access to all groups and that students need parental permission to attend any after-school event. Our focus remains on student safety and student achievement.

“And in the days of those kings the God of heaven will set up a kingdom that shall never be destroyed, nor shall the kingdom be left to another people. It shall break in pieces all these kingdoms and bring them to an end, and it shall stand forever, “  Daniel 2

HAVE YOU HAD A SPECIAL PET? 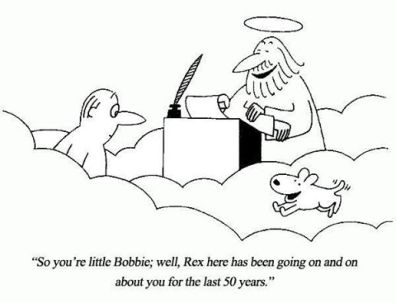 I thought these were cute and wondered if any of you’d like to talk about a pet or two?  What was special about it, and do you prefer dogs to cats, and WHY?  etc!

LET’S GET OUR MINDS OFF UGLY POLITICS AND TALK PETS!

(although I know we’ll get to politics….and maybe I’ll be the first to do it?) 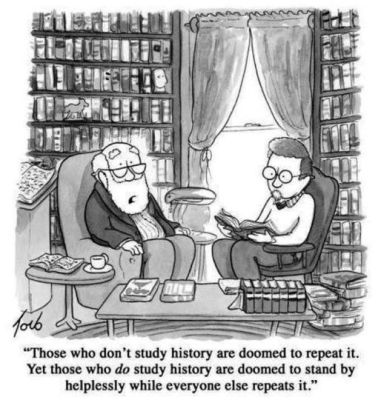 In regard to America, what do you wish we had NOT repeated?

I hate name calling…but what the heck!

NEXT TO BIDEN, WHO DO YOU THINK IS THE BIGGEST IDIOT IN ALL OF CONGRESS?

ARE WE IN CIVIL WAR??

“Imagine an America where far-right, white militia groups could attack their political enemies with impunity. Where local prosecutors whose campaigns were funded by Vladimir Putin would simply dismiss the charges when they committed serious crimes, but savagely prosecute members of the public who tried to defend themselves against right-wing thugs.

Imagine further that after winning a murky election where his own election workers were credibly accused of massive voter fraud, President Trump’s administration kept dozens of progressive election protestors in solitary confinement. This more than a year after a riot where they were attacked by police. And the feds wouldn’t turn over key evidence, kept pushing trial dates back into the indefinite future, and denied those liberal protestors proper food and medical care. Meanwhile, a savagely partisan GOP Congress tried to delegitimize and prosecute ordinary political activity by Democrats.

Our Country Is Fascist Now

If you called such tactics “fascist,” you wouldn’t be overstating things. Few of us on the right would have the stomach for such an abuse of power. You see, we really do believe in liberal democracy, the rule of law, and the dignity of the person as the image and likeness of God. And in the short-run, those things about us seem to be weaknesses. They stop us from even trying to aggressively wield power when and where we have it.

Even worse, we can mistake these cherished, peculiar beliefs of ours for a civic creed that all our fellow citizens likewise believe. We project our own good intentions and moral integrity onto our enemies. We imagine that they sincerely share these basic values with us, and they only disagree about their proper application.

My friends, none of this is true. And it’s time for us to stop pretending otherwise. Yes, it helps us sleep at night. It might make socializing easier, acting as if progressives were fellow citizens with whom we share basic beliefs and common interests. It might lower our blood pressure to convince ourselves that our elites have good intentions, but are simply misguided or misinformed.

In the same way, the heresy of universal salvation spreads a blanket of tranquility over the troubled Christian heart. A pity that it’s a lie from the pit of Hell. So is the fairy tale we tell ourselves about leftists.

As you read this, more than 100 Americans who peacefully protested the theft of the 2020 election rot as political prisoners in GITMO on the Potomac. Those who led the January 6 law-breaking and violence mostly weren’t even charged — which virtually clinches the case that they were federal informants. They ginned up violence and chaos, entrapped their fellow citizens, and quashed Republican challenges to dodgy electoral votes. Every bit of that served the incoming regime’s power-grab. But the Bidenist Occupational Government is using the crimes its informants incited to persecute the opposition, in classic police-state style.

Want to know who is not going to prison, or even to trial? Leftist rioters who attempted a mass casualty terrorist attack in Los Angeles. Read this Fox News LA this FOX News LA report on a Democrat prosecutor who, on his first day in office, dismisses a strong case against leftist terrorists who tried to murder dozens, perhaps even hundreds, of American citizens on a commuter train. Then he retaliates professionally against an honest subordinate who tried to continue the case.

Remember Kamala Harris bailing out violent rioters, and telling Stephen Colbert that the riots should continue? Remember Winnie Mandela … oops, I meant to say “Michelle Obama” … threatening America during the Democratic National Convention? As blue cities burned, she said that the “chaos” would only get worse if Biden lost the election, so people should vote for Biden “like our lives depend on it.”

Only One Side Is Fighting

These are the kind of people that lead the American left. They are not “friends we haven’t met yet,” or fellow citizens with different views. They are domestic enemies, trying to wreck our country, persecute their opponents, and strip us of our rights.

Keep that in mind the next time some spineless RINO calls for “bi-partisanship.” Or some hack from the Planned Parenthood (i.e., Bush) wing of the GOP scolds you for “undermining institutions and norms” by indulging in “populism.” There’s already a civil war on, but only one side is fighting.”  END

I completely agree with this, surprisingly enough;  You see I GET THE TRUTH,  I really do….and so I think it’s important to grab anything that combats all this stuff……Like Maher warning people about not hating all of the Right, or strangers on the street who’re for Trump though we’d never have believed it, or Black Conservative groups forming, or L.A. high schools with 200 kids in Conservative groups, etc etc…………

It’s a VERY weak start, but it’s a start.…….With the things Biden says, he is digging his own grave, in my opinion;  he sounded like a COMPLETE hateful IDIOT in his Voting Rights speech in Georgia yesterday, particularly afterwards, when he tried to flub through the absence of Stacey Abrams…”I spoke to Stacey this morning….WE’RE VERY GOOD FRIENDS, we REALLY UNDERSTAND each other….just got our SCHEDULES MIXED UP!”        You jerk!  You’re the PRESIDENT!  She had something more important?    Unreal.     He is a LOSER and I believe even HE knows it….

The title of that article above is WE’RE ALREADY IN A CIVIL WAR, BUT ONLY ONE SIDE IS FIGHTING.

Never mind the LEFT:  They’ll NEVER feel differently…they don’t even understand this concept!   OR their leadership understands it perfectly well and being the person who’s going to slaughter us suits them just fine!

BARNYARD POLITICS must be understood…the RIGHT needs to GET THIS TRUTH OUT THERE……………..A kid I know started a Conservative group at high school…200 boys at a Jesuit VERY LIBERAL school near me……..THEY GET IT.   Will ADULTS?!

My friend drives us up into the valet parking lot……..Two Hispanics arrive, one to open her door, one to open mine.

“I’m fine, thanks!  But I’d be better without this darn Mask…I’ll bet you feel the same way!”

He shrugs in agreement… “Absolutely!”

I say “This is the kind of stuff we have with this awful president…no real information, ignoring science…etc..”

One says “YES!”  the other, the one I talked with about the mask, raises both arms in the air like pumping his arms happily in the air!

I say to them “Hispanics I know like Trump a LOT more than the Democrats…you both do, too!???”